The views expressed here are those of each individual devotion writer. Thank you to our writers for their contributions to this ministry!

When I had a young family, we had 11 foster kids over several years. One was only 6 weeks old while his parents were in jail. Kelly was 2 years old and his brother, Aaron, was 1 year old at the time we had these boys. My second child, Christopher, was 2 years old and my daughter 10 years old at that time. When I first tried to pick these boys up they leaned away. It was like they were afraid of what I was going to do. When I held Aaron up to show him what I was cooking for dinner, he pushed away from my chest. I had just convinced them it was good when I picked them up and they started to lean into me when they left our home. They were returned to their parents which was hard for me.

Jean was a 16-year-old when we had her for a few months. I don’t know if we helped her or made an impression on her because she stayed within herself. Dorothy and Sherrie were sisters. Dorothy was a couple of years older than our daughter, Tracey age 8 or 9, and Sherrie was only a kindergartner. We had these girls for almost a year. Dorothy was a little chubby and lost weight while living with us. One of the reasons is because she learned to play and be active as our daughter, Tracey, taught her activities instead of watching TV all the time. I wish we could have kept Dorothy until she was grown up as she became happier while living with us. Sherrie was a different story. She was afraid of my 6-foot-6- inch husband. This fear never left her as we had rules around our house. She also felt we had taken her from her daddy. Their dad visited a few times and we could tell the girls loved him. He was in his 80s and was incapable of raising the girls. He had no idea they were behind in school. There were other reasons they had been taken from his care. I felt badly they couldn’t be returned to his home, but the system was able to have them adopted by a pastor and his wife. This was good.

Sheryl was 18 years old when she came to live with us. She had to spend part of the time in Bryan Hospital’s mental ward. However, she was with us over six months. At one point I noticed we were losing towels. I decided to check in her room and found them folded into the bottom drawer of her chest. She was honest with me and said she felt she would need them when she left our home. The joy I have now is that Sheryl, physically incapacitated and living on Washington State welfare, with help coming several days a week, continues to call me. She remembers my kids and the time she spent with us. She has lost two sisters to cancer and many other relatives have passed on and some not speaking to her at this time. We always talk and send each other presents. I am glad I can be someone to talk to when she is lonely.

The last children we had in our home included four of whom had three different fathers. One was a boy named Scott whom we would have adopted if the courts had not sent him to live with the father of his older sister. We had taken him in for a blood test and the courts knew this person was not his father. Scott was 4 years old and was older than our youngest child, Spencer. Scott would have fit into our family well. Scott had an older half-sister who was 2 years younger than our daughter who was 9. His younger half-sister was 2, same age as Spencer, and his youngest half- brother, Nasario, was a year old. Since we had three children when we added these 4 siblings, we had 7 children in our home of 1100 square feet. We couldn’t afford to buy as much milk as they wanted to drink, so we limited them to one glass at each meal. If they wanted more, we gave them water. You should have seen Payless Shoe Store when we showed up to buy shoes. Nasario had come to us with only one shoe and it was wintertime. We had to buy boots for everyone.

I had been a legal secretary but decided to stay home when we had the two boys and that allowed me to be a foster parent, which I loved. I can think of ways I could have been better at it but did the best I could at the time. Then, one day, my husband said we should quit having extra children. My heart sank as I felt this was what I could do to help others while being at home with my own kids. I decided I would talk to him into letting me continue to do foster care. Then it hit me. What child would benefit by being in our home where one of the parents in the home didn’t want the child there?

I can remember wondering what I should do while still being at home for our three children. Thankfully, my husband was bringing in a good salary. I became a part-time assistant to a neighbor who sold insurance. He bought a computer for $10,000 and I learned how to load his business onto it which had much less capacity than your cell phone does now. This computer knowledge has helped me as I wrote and published three books. Who knew this skill was needed before I did? God did.

Then I met my good friend on the tennis ladder at Woods Tennis Courts. We moved from playing on the ladder to teaching tennis, running regional tournaments and umpiring around the country. We participated as partners in regional and national tournaments across the U.S. Sadly, she was killed in a small plane crash in 1993. Later in 1993 I was invited to assist coaching the women’s tennis team at Nebraska Wesleyan University. Who knew the present coach would leave and I would be asked to be head coach for the men and women on Wesleyan’s team? God did. He saw to it that I had the abilities to accept a position and coach for 10 years. This was my favorite job ever other than raising kids.

Prayer: Dear Lord, thank you for knowing what I needed, when I needed it throughout my life. You prepared me each time so I was ready to take on more than I ever believed I could. As our Almighty God, you can do this for me while you are doing it for so many others at the same time. I wonder at your love for me and others. In Jesus name, Amen. 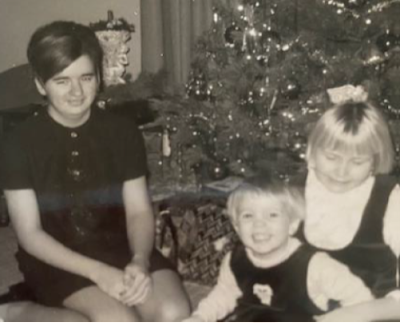 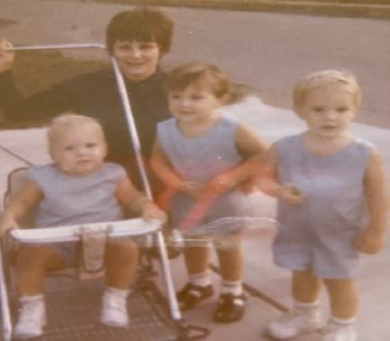 Posted by Donna Gustafson at 1:00 AM